Peter Salerno Inc. is the NKBA’s most award-winning kitchen and bath design firm over the last decade. So it is with great pride and honor that Peter Salerno recently accepted a position on the prestigious experts’ panel at the NKBA’s 2015 KBIS convention.

The Kitchen and Bath Industry Show (KBIS) is North America’s foremost kitchen and bath design conference. Held annually, KBIS is an interactive, inspiring platform for designers, experts, and product providers to come together and share present technology and future ideas.

Peter Salerno will be part of the KBIS NeXT stage. According to the website, KBIS NeXT is “a destination for discovering the next ideas, trends and innovations in the industry. It’s the next big thing. The next set of ideas. The next in contemporary design. The next reason to attend KBIS.”

If you are a North American kitchen and bath designer, it is imperative that you attend the 2015 KBIS conference. According to the official 2015 KBIS website, this year’s KBIS registration includes admittance to all the following events:

For more information on the 2015 KBIS conference in Las Vegas, please visit the official KBIS website. 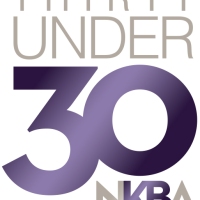